BCC’s annual Humanitarian Awards Brunch is always a highlight of our year. We return this year to the Omni Hotel in Downtown Los Angeles on Sunday, April 27, with the reception and silent auction at 10:30 and the brunch and program at 12:00. Our dedicated brunch committee chaired by Kenna Love is hard at work to produce an event that will be inspiring, entertaining, and a lot of fun while raising much-need funds to support our many programs and services.

Our master of ceremonies once again will be BCC member Adam Kulbersh, who will regale us with his comedic talents and introduce the honorees and other entertainers. We will enjoy the musical talents of Cantor Juval Porat and the BCC choir, as well as Cantorial Emerita Fran Chalin and pianist and BCC member Tamara Kline.

Our fabulous silent auction this year is chaired by Tami Miller and Mike King. They hope to produce the most varied and high-quality auction ever. All BCC members and supporters can help by securing one or more donated items or gift certificates from their employers or from businesses they patronize such as restaurants, clothing stores, theaters and sports venues, and personal services such as hairdressers or yoga studios. You can
also donate your own vacation home or time-share, frequent flyer miles, or professional services or other skills.

For more information or to obtain the forms for auction donations, please contact the Silent Auction Committee before April 7 at auction@www.bcc-la.org. 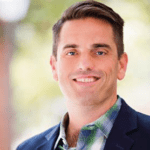 This year’s honorees once again represent the finest examples of dedicated community service to BCC and the wider communities of which we are a part. The Rabbi Erwin and Agnes Herman Humanitarian Award goes to R. Bradley (Brad) Sears, the founding director and current Executive Director of the Williams Institute at UCLA School of Law. When the Williams Institute started in 2001 as the nation’s first institute dedicated to the study of sexual orientation and the law, Sears was the only staff member.

He helped to create and develop the Institute’s core programs and strategies, and today it has 20 faculty and staff members and a budget of nearly $3 million.

Sears has published a number of research studies and articles, primarily on discrimination against LGBT people in the workplace and HIV discrimination in health care.

Before joining the Williams Institute, Sears graduated from Yale University and Harvard Law School; served as Editor-in- Chief of the Harvard Civil Rights-Civil Liberties Law Review; founded the HIV Legal Checkup Project, a legal services program dedicated to empowering people living with HIV; and served as the Discrimination & Confidentiality Attorney for the HIV/AIDS Legal Services Alliance of Los Angeles (HALSA). Sears has served on the board of directors or advisory boards of several organizations and, in 2009, was recognized on Advocate’s Magazine’s “40 Under 40” list.

At UCLA School of Law, he teaches courses on sexual orientation law, disability law, and U.S. legal and judicial systems. Sears has given hundreds of academic and community presentations on HIV/AIDS and LGBT legal issues. He has testified before Congress and a number of state legislatures, authored amicus briefs in key court cases, helped to draft state and federal legislation, and been cited by a number of media, including the New York Times, the Los Angeles Times, National Public Radio, and CNN. 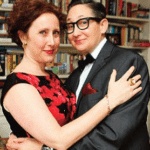 The Harriet Perl Tzedek Award, established last year in memory of long-time BCC member and teacher extraordinaire Harriet Perl, will be given this year to Zsa Zsa Gershick and Elissa Barrett. BCC members since the 1990s, Elissa and Zsa Zsa met at BCC in 2001. Elissa is a member of the choir, a lay cantor and an enthusiastic Purim shpieler in a style she dubs “Telenovela.” Zsa Zsa has been a service leader, an editor of G’vanim, a member of BCC’s Klezmer band Gay Gezunt, organizer of BCC’s Christopher Street West Pride Parade float, and all-around soup-stirrer and pot washer with Project Chicken Soup, among other activities.

As a writer, filmmaker, editor and teacher, Zsa Zsa’s artistic vision is influenced by her mission to create high-quality, thought-provoking work that entertains, uplifts, educates and inspires, particularly illuminating the lives of LGBTQ Americans of all races who’ve largely been hidden from history. She is the author of the award-winning books “Gay Old Girls” and “Secret Service: Untold Stories of Lesbians in the Military”; the plays “Bluebonnet Court,” “Coming Attractions” and “Gay Old Girls”; and the short film “Door Prize,” which is used pro-bono by the Anti- Defamation League, Keshet and other non-profits to promote the full equality and inclusion of lesbian, gay, bisexual and transgender people. In all theatrical endeavors, Elissa is her producing partner and her muse.

Now Vice President and General Counsel at Bet Tzedek Legal Services, Elissa believes in a model of justice that is accomplished in coalition. Much of her work focuses on creating and catalyzing new models and structures for the delivery of legal services to underserved communities. She is the cocreator of the Holocaust Survivors Justice Network,
the largest pro bono project in U.S. history; and heads the California Consumer Justice Coalition, established with a grant from the California Attorney General’s office to help foreclosure victims and other consumers (www.caconsumerjustice.org). She is co-creator of Bend the Arc: The Jewish Partnership for Justice, which recently won a victory for the rights of domestic workers in California. As a former housing attorney, she led local legislative efforts to enhance the rights of renters and prosecute slumlords. During L.A.’s last major real estate bubble, Elissa unmasked and stopped the “Landlord’s Solution,” an effort to push out longtime, often elderly Angelenos from their apartments, and wrote the law that requires landlords to rehabilitate properties and to return tenants to their repaired units or provide money for relocation. 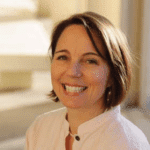 This year’s Presidents’ Award goes to Felicia Park-Rogers, who is leaving BCC this year after eight years of extraordinary dedication as BCC’s Executive Director. Since joining BCC in October 2005, Felicia played an essential role above and beyond the call of duty in the purchase, renovation, and dedication of our new building at 6090 W. Pico Blvd. She has also played an integral role in the expansion and strengthening of our religious school Ohr Chayim, and in virtually everything else that has happened at BCC during her tenure.

Felicia has worked in various capacities in the non-profit sector since 1986. She served for six years as the Executive Director of COLAGE (Children of Lesbians and Gays Everywhere), a national LGBT civil rights, advocacy and support organization. During that time she received numerous awards and recognitions as a young leader in the LGBT civil rights movement as well as for her advocacy on behalf of LGBT families. She traveled the nation as a speaker and was frequently featured in media venues from the New York Times to MSNBC to In the Life.

Upon moving to Los Angeles, Felicia completed the Hebrew Union College-Jewish Institute of Religion’s “Fundamentals of Synagogue Management” course, as well as the year-long Synagogue Leadership Institute presented by the Southern California Board of Rabbis.

Felicia lives near BCC with her wife Rabbi Rachel Timoner and their two young sons, Eitan and Benjamin. Watch your mailbox for your personal invitation in the coming weeks so that you will be sure not to miss this exciting event. And keep those silent auction donations coming!